Gillette has released a new commercial, encouraging men to be the best they can be. It discusses toxic masculinity, #metoo, and being better men. As I am writing this, the commercial has received over 445,000 likes and 864,000 dislikes on FaceBook. So I am curious, why do so many people dislike the new commercial?

Sure, we can talk about how Gillette uses toxic masculinity to sell more razors, we can wonder how this is all a tool to increase revenue, we can look at previous Procter & Gamble ads, question their motives and check their conservative history; but that is not what most of the comments and critique are addressing. Instead, most of the folks who dislike this ad are angry because it addresses the toxic parts of masculinity. Or as some tv-hosts and twitter-users like to say: ‘so-called-toxic-masculinity’, as if it isn’t an established term.

People are angry because Gillette is asking men to ask themselves: can we be better? Not because all men are bad, but because hegemonic masculinity is so ingrained in our culture, that we forget to ask ourselves that specific question. Because, if men don’t call other men out, they are silently giving permission to perpetuate this behavior. And Gillette states that we can, the ad mentions “We believe men can be better.” It shows trust in how we as people can learn, grow, and move forward. Yet, it seems the critics choose not to hear that part; it seems they are instead hearing: Here we go again – all men are bad, #metoo has gone too far, and men are being stereotyped. Many men feel attacked by this ad, not only because “yet again” men are being called out for their behavior, but this time the “attack” is coming from within. But it is an attack just about certain behaviors that are harmful and that are not solely men’s issues. It is not women calling men out, it is not the media. It is one of the most masculine brands that has for the past 30 years used that same toxic masculinity to sell their brand. Gillette has always shown muscular men, athletes, heterosexuals flirting with girls, and other successful men. Yet now this brand is going against everything their culture has always taught men. Does it feel like betrayal? Does it force them to look at your own belief system when even this brand is changing its’ tone?

I understand that this is not easy or simple. If you grew up being told not to cry, if you thought your entire life men are meant to provide for their family, if you have always tucked away your emotions, this ad surely is shattering those foundations. That must feel unsafe. I empathize with that. Gillette is right about one thing though: “Something finally changed and there will be no going back”. Change is never easy, but it is inevitable and this shift in our culture has been long overdue. Ironically enough, this change asks men to bring all of their beautiful masculine capabilities to the table as well as those which were not allowed to be shown for so long: to be brave so you can allow yourself to be vulnerable, to be strong so you can stand up against bullying and harassment, to be wise so you can see change coming.

Gillette took a risk, and though it seems like they lost the first round on social media, we at Catharsis Productions hope they are in it for the long haul. There are many people out there who support their message, who applaud Gillette for taking it on themselves to be part of the change. So, we encourage Gillette to walk the talk, hold on to their ad, and take the next step. 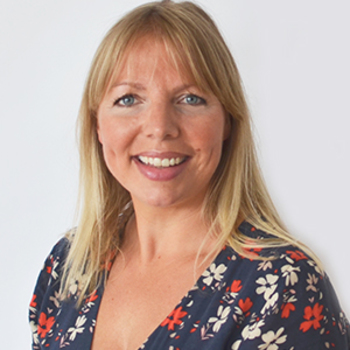 Fleur is a Marketing professional and business owner in the Chicagoland area.