At Catharsis Productions, we break ground by meeting people where they are. Being prepared for anything the audience might throw out comes from the ability to sense the temperature of a room. It’s one of the big the secrets to our success in sexual assault and bias prevention education: we’re not just joke tellers, but keen listeners. If a student needs to break down victim blaming, we are there with material to suit the need. If an audience asks questions about false reporting or gender stereotypes, we’ve got material for days. If a client wants to understand the effect of micro-aggressions in the workplace, we have examples and data to back it all up. Adaptability to the needs of the moment is a huge part of what makes our mission possible.

But this technique isn’t new. It comes from a longstanding tradition of change makers radicalizing the ability to think on their feet. In honor of Women’s History Month, we want to shout out some of the most exceptional trailblazers of all when it comes to meeting people where they are: women in comedy.

Who decides what’s funny? For years, at least in the professional scope, the answer has been men. Playing to an audience that has already decided the role they wish to see is not without its challenges, but female and femme comedians have proved time and again that if you can earn an audience’s trust, they’ll accept new ideas with ease. Before you can tear a house down you must first know how to build it, and funny women have been taking the temp of their crowds and using the results to their advantage for ages. Take any of these pioneering women in comedy:

These and other remarkable women and femmes in comedy lend inspiration year-round, but March is a perfect reminder of the innovation they brought to our medium. Their example makes us wonder: how much other material are we missing out on because marginalized artists are limited in how people are willing to hear them? 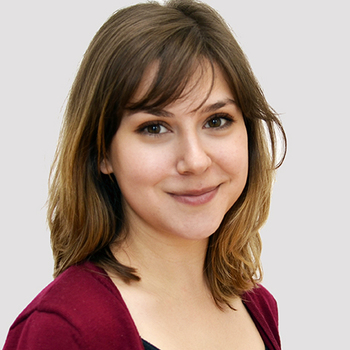 Taylor Barton is a professional actor, dramaturge, and director, and holds a B.A. in Theatre from Columbia College Chicago.