Looking back, the amount of times in the last four years I have said, screamed and shouted the word VAGINA…is absurd.

The Vagina Monologues is a show composed of short monologues that capture real women’s stories, written by Eve Ensler, as she traveled the world asking woman about their vaginas. The stories that emerged during the acclaimed “Vagina Interviews” were ones of pain, hope, loss, love, and more importantly, the resilience of the human spirit. Each year the show includes the same monologues, with one new piece highlighting women of a particular place in the world.

I auditioned for the show during my first year at DePaul completely unaware how much it would impact me. This will be my second year as a co-director and my final year performing in the show. The show’s message, movement and cast each and every year redefine not just the experience of being a survivor, but inspire me to take pride in being a woman who continues every day to discover her own strength.

Of course, nothing is perfect. Throughout my years in the show, I have remained aware of critiques of the show. I am in full agreement that the show falls short in many areas. After reading through bashing of the show, I went through a period before this show’s season where I began to ask the dreaded question of “Why?” Why do I care so much about a movement that people can find offensive, exclusionary, and upsetting?

After voicing this to one of the cast members this year, I was simply reminded that, “At least we’re doing something.” The magic of the show is that it brings to consciousness different realities, memories, and ways of thinking for not only the audience members, but members of the cast as well. Sometimes the show is the extra push a survivor needs to confidently voice her pain and story, knowing that she is not alone. One of the most impactful moments of the show is when we ask for those in the room to stand up if they identify as a survivor of sexual and/or domestic violence. The energy in the room creates a magnetic force of solidarity. While our stories can be different, knowing that we are no longer victims, but daily survivors, is why I love and will continue to love this show.

I believe that those who audition and are cast into the show are called to the movement to learn something profound each and every year. Having been raped one month before moving to college, I would never have guessed how important the community of the cast would be in helping begin my healing process. My story, is a story that is meant to no longer be silent. By expressing our pain, hurt and anger through the magic of theatre, we create the opportunity to give the audience hope that there are women who refuse to be silent and complacent.

Now, I no longer painstakingly ask myself the depleting question of, “Why?” Instead I challenge myself to ask, “Is another world possible?” Is it possible to have international gender equality and peace? Many days, it feels like I will not see this world in my lifetime. But, we are doing SOMETHING. DePaul’s cast of The Vagina Monologues is a beautiful group of women, doing their best to discover themselves in all regards, and simultaneously succumbing to all of the love and strength this community offers. The pieces in the show capture fleeting moments of beauty, pain, pleasure and enlightenment. To watch my friends embody these moments and give these women’s stories justice is something that can only be explained by simply being in the presence of such a moment.

So yes, if you come to DePaul’s show of The Vagina Monologues, we will scream the word CUNT onstage, a woman will moan onstage for ten minutes, a woman will talk about a good experience with a man, and a woman will talk about bad experiences with many men in one single day. The fact that we all experience these emotions together is what makes the show that much more monumental. So please, be a vagina warrior with us this vagina season. Dare to rise and take a stance against violence and oppression that women have endured for years, decades, moments and lifetimes.

The opinions expressed in this article represent those of the author, and not necessarily Catharsis Productions. Our blog may occasionally host content that does not directly reflect the sentiments of the company because the dialogue it generates may have value to our readers. 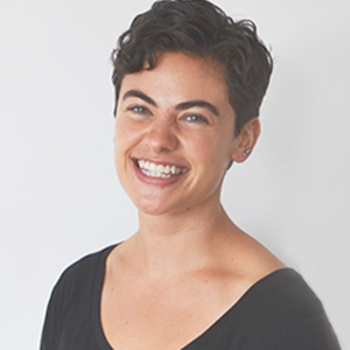 Cassandra Snyder is ecstatic and honored to be a part of the Catharsis team! She proudly and happily calls Chicago her home (except during Winter). Cassandra has two degrees from DePaul University. In 2014, she received her B.A. in Communication and Media, with minors in Women & Gender Studies and Spanish. In 2016, Cassandra graduated with her M.A. in Relational Communication, with a concentration in Romantic Relationships. For her Master’s Thesis, Cassandra interviewed survivors of sexual assault about how they experience romantic love and intimate relationships post-assault. During her time at DePaul, Cassandra performed, produced, and directed The Vagina Monologues 6 years in a row. Cassandra feels beyond blessed to be able to perform Sex Signals, which allows her passions for social justice theater, activism, feminism, fighting rape culture, and supporting survivors of sexual assault to come to life onstage.