In honor of Black History Month, this month we will be featuring blog posts from some of our educators who discuss topics like race, intersectionality, and language and how it intertwines with sexual violence prevention. [Blog 2 out of 6.]

I feel as a black person, I have a unique vantage point when it comes to speaking in front of other marginalized groups. I have been asked if I didn’t mind speaking on that and you know what, your boy’s got a couple things to say.

First off, I know that women of color are more at risk to be victims of sexual violence. I could tell you why but I’m not trying to write my dissertation. What I do want to say is by knowing this, it’s important to understand how the language some people use is counter productive when it comes to preventing sexual assault.

I’m particularly interested in the language side of things because the consequence of what I say is something I learned at a very early age. When I was a kid I messed up y’all: I called my older sister the “B” word. Not beautiful, the other one. Let me tell ya, I never did it again and I’m still an expert at playing dead to this day. I’m telling you that because first off, we shouldn’t be going around calling women that in general, but black women have had to struggle with that word being forced as part of their identity for decades. It’s been used to describe black women in so much popular music and other entertainment that there have been movements in the past to send the message that black women are not bitches and should be respected. Then you know what happened? There was a meeting somewhere full of jackasses and they thought we needed new words to degrade our women. Now we have black women being called ratchet or T.H.O.T’s in addition to hos. Like do we need to come up with new ones?

I hear this language in my day to day and it just seems so common I often wonder if a woman would feel she could come forward if she was sexually assaulted if she was labeled a ho. I also wonder if someone that wanted to “hook up” with someone labeled a T.H.O.T would think about getting consent as a top priority. I wonder how often people would step in, if that “ratchet” girl at the party is being harassed. Sure, not everybody that uses this language is a rapist, but I have definitely seen the negative side of all three of those examples.

This is why I feel being a person of color gives me an advantage when I talk to different audiences or when I went to historically Black colleges. Now I’m not saying all black folks use this language so get off me. But let’s be real, it’s there and you don’t have to use this language to be labeled yourself. During our programs, we ask the audience, “What do some people call a woman who has sex?” and I hear the words I described earlier. Sometimes I hear some new ones and having a person of color on stage might help having a discussion about that. Whew, just food for thought.

The other thing I want to briefly mention is intervening when we see someone being harassed at a party or bar. In our training, we brain storm with the audience ways we can step up and help somebody out, whether we know the person being harassed or not. I think it’s great because a lot of people may not know how to do that. The audience may come up with things like, playing fake boyfriend or girlfriend, or causing a distraction. Sometimes people say things like “just go stand between them” or “I just dance awkwardly until he leaves.” Some folks take a more direct approach and suggest telling the person, “she’s not interested.” That’s all fine and good but real talk: there are some people that live in places that if you do any of those things you might end up on Unsolved Mysteries.

So again, I feel because of my vantage point it may be easier to speak on that than my white brothers and sisters at Catharsis, or at least I feel comfortable doing it. Most importantly I feel having a person of color on stage lets other minorities know that they are seen and hopefully feel they have a space to share their views and concerns on the subject. Anywho Shark Tank is on gotta go. Thanks for reading and quit touching each other without consent! 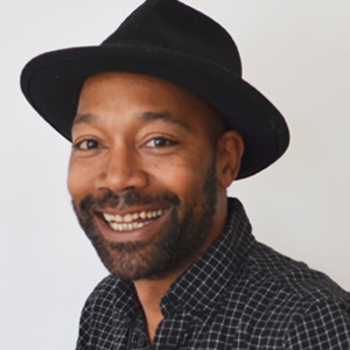 Cameron earned a degree in film production and since then has been in different comedy troupes in Chicago and North Carolina. He also does stand-up comedy at various places throughout Chicago, and he received his advocate training from Rape Victim Advocates.