“Do women have equal access to democracy?” This question was posed by Daryl Fort, a powerful, insightful sexual assault prevention educator during a training session we were delivering to military personnel over 10 years ago. Immediately prior to his asking it, the class had engaged in an exercise where men were asked what actions they took on a daily basis to reduce their risk of being raped. While I can’t remember their specific responses, I imagine they were consistent with those I’ve heard whenever I’ve asked that question: Nothing. I don’t think about it. Women (both trans and cisgender), gender non-conforming, and non-binary individuals have very different answers. They recite a bottomless litany of the specific behaviors they take to reduce their risk of being sexually assaulted. They include:

Daryl asked that particular group of women if they paid taxes. They affirmed that they did. He asked them if they were receiving the same access to democracy as men did. And again, while I cannot recall that specific group’s response, I imagine it was consistent with the countless groups of women I’ve educated on the topic: No. Some with shock. Some with sadness. The stark realization that you make up half of the population and you have been conditioned to fear the other half. That you have curtailed your behavior, adjusted your plans, and made decisions that limited your choices—limited your access to democracy.

And if you are raped, while the likelihood of any accountability for your rapist is low, it is even lower if you are a woman of color or are undocumented. The same corrosive bias seen throughout our nation has an impact here, too: the less value our culture thinks you have, the less likely it is that it will take up your defense and judge you to be worthy of due process.

So, when I think about the 100th anniversary of the passage of the 19th Amendment, I feel no joy. I’m not reaching for my deep box of party supplies, hunting for my New Year’s Eve kazoos. I’m reflecting on how narrow that moment was: that it was for White women only; that although Black women fought alongside White suffragists, they were shut out of White suffrage conventions by those same women. Black women would be denied the vote until 1965.

Importantly, it’s not simply a question of Black and White; while Indigenous People were “granted” citizenship in 1924, they did not receive voting rights across the U.S. until 1962. Sit with that ironic injustice for a minute.

After 100 years, this country is still debating how much Democracy women are due. The issue of abortion rights is fundamentally about whether women have bodily autonomy—a right implicit for men. The right to have access to contraception, to have the capability to make personal, reproductive choices, is also debated; pharmacists and individual organizations are empowered to deny access to birth control based on their “moral” or religious beliefs. No one debates men’s access to erectile dysfunction medication. No one questions whether anyone should limit men’s access to sex. Men are full citizens; women are merely potential incubators who must be penalized if they refuse to serve in this capacity.

On this anniversary, we must also still reckon with the complicated view of women as potential leaders of this democracy. During the 2020 Democratic primary, we had to endure retrograde debates over whether men would vote for a woman for president, considered a significant issue when the current stakes are so high. And then once Joe Biden became the front-runner, the debate turned to what kind of female running mate would help him, not hurt him. At every turn, it seemed these choices were motivated by the judgement of what men could stand, and what they would allow. That our fear of what men would do shaped the most critical decisions we would make.

A democracy shaped by the fear of some its citizens is not a true democracy. And voting rights without full citizenship—the ability to live, work, and vote safely—are just marketing a product that doesn’t truly exist. Our true celebration can come when all women receive the full access to democracy they have been promised, and the freedom to make choices not out of fear, but out of hope and aspiration. 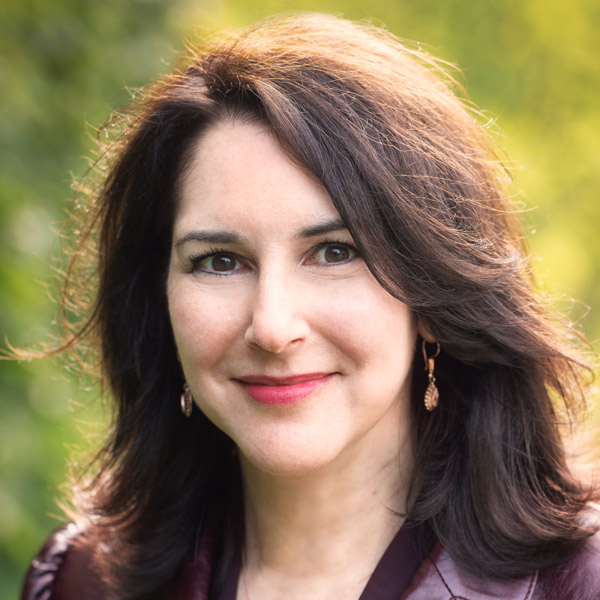